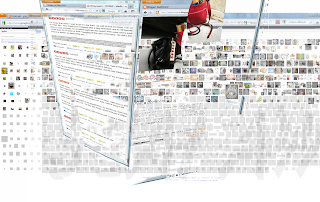 tools that allow us to proceed in a variety of ways, hold them with a variety of grips,
use them as 'as if in the invention of uncertainty, the greeks were before it'- a plebian lottery unworthy of the name, missing true virtue
//now we may link our private number sequence generators
//some next little steps: "resizing" (scaling..tiling) control-display surfaces based on 'content', scrolling styles

dependance on tools beyond our personal control, (etc. astronomy, development of Magma computer algebra software) 'electronics' in Cage's usage ('dials'!) coming to mean computer jackass (M.McLuhan I.Illich) picture of academic well clothed and made up with computer which they have no beginning of fixing if it bites 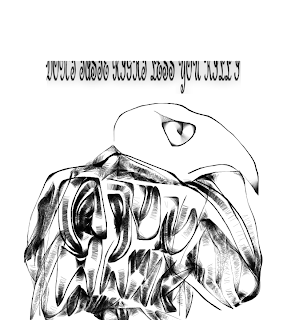 Should have a backwards arched T-I-P in background of drawing: finding when keying on:(cage song books), kostelanetz's snapshot, leading to another about têtes-bêches where he mentions SRDelany several times.
List of  people who have written on psychic contraception (Burdekin!)
see how now I've finally got the emphasis in the right direction; my slow reluctance, in publishing SUDDENNESS, coeval text series. in balancing emphases

just now walking returning to calarts where last night I'd had a nice time in the video synthesis lab, I saw some similar things on the ground: a reflection from a book I held, blocked in part by my arm projected onto a shadow of same. one body projected onto two interpenetrating planes interacting by coloring one another 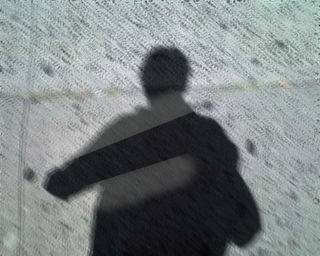 William Sabiston, this is what we'd talked about! tool dependance (on my mind), gaining insight from synthesizers, greatest gains inside, presenting to oneself. letter to sabiston on physical analogs of July 20th 1964. (date of letter from Charles Ford to Walt Lee giving list of Starewicz films)
Posted by yasi chrissy carellel pretty perera at 10/07/2011 02:46:00 PM No comments:
Newer Posts Older Posts Home
Subscribe to: Posts (Atom)